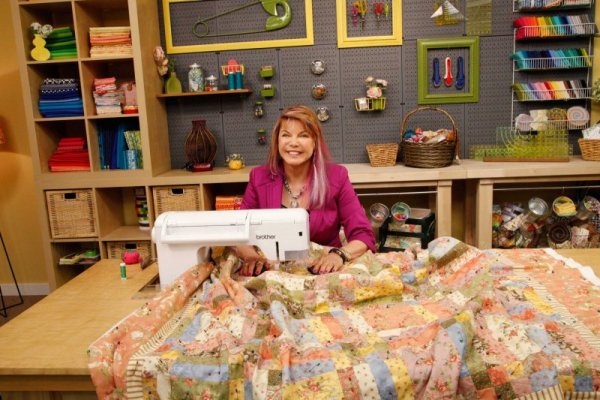 Often described as an “artist with a sewing machine”, Paula Reid is a custom heirloom quilting specialist.  She has vigorously attacked the stacks of tops residing in many quilters’ homes, thus freeing them from accumulated guilt and allowing them to purchase more fabric, books, patterns, etc. to use up all that extra space in the sewing room!

Paula made her first quilt in April 1990, three weeks after attending the Glendale (California) Quilt Show with her best friend, Mary Ponce.  She taught her first machine piecing class two years later, but found that her heart was captured by the quilting process.  Machine quilting on her first Bernina machine was her very favorite way to spend time.

In 1993, Paula opened her machine quilting business, utilizing the skills she had developed working on her own quilts.  Since the day that she made her very first quilt, she has quilted over 1,400 quilts, all on her regular home machines.  Of these, 50% have been queen size, 25% king size and the other 25% were various smaller sizes.  The largest quilt she has ever “fluffed and stuffed” was 112” x 128”!

“Fluff & Stuff” is what Paula calls her method for moving large quilts through a home machine.  She began teaching workshops on her techniques in the southern California region in 1993, expanding to national teaching a few years later when appearances on “Simply Quilts” brought her to the attention of a larger audience.  Now spending weeks at a time on the road, she has decided that nothing is more fun than sharing ideas with the quilters she meets on her travels. 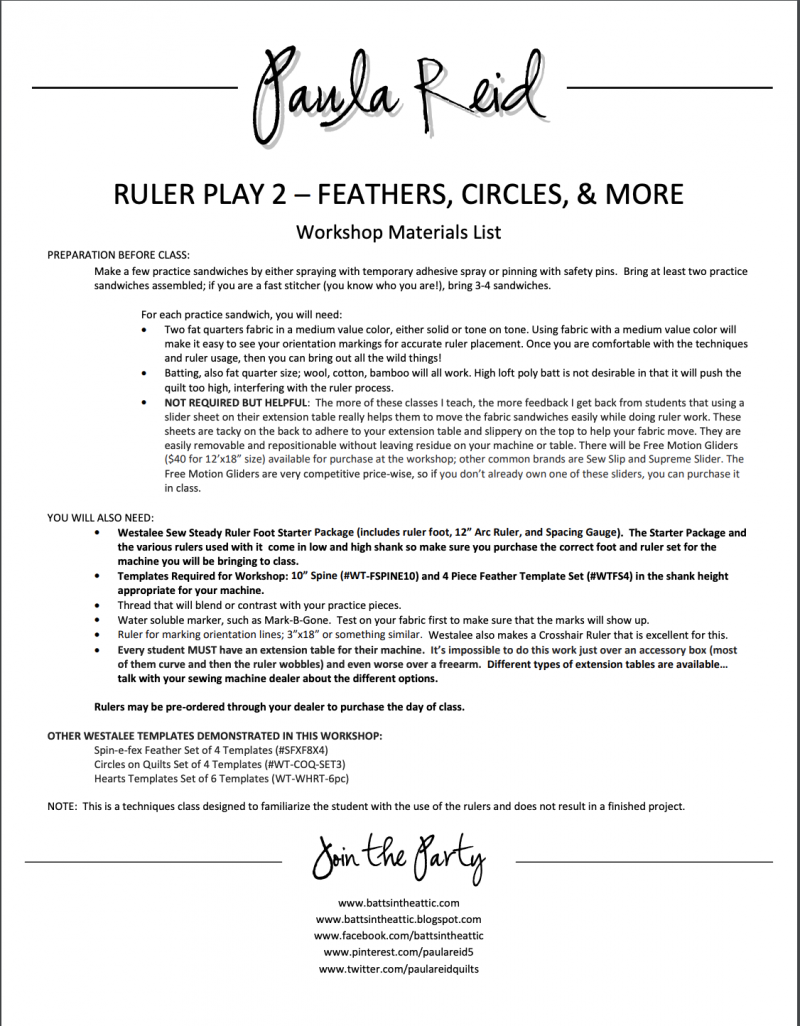 Cost:
$ 120.00
Please see the supply list below. When you register for the class you MUST call Sew Right at least 3 WEEKS prior to the class dates to ensure you have all the supplies required to successfully take the class.